I looked up as a direct spot over our table increased in strength and just 5 seconds later the first 2 snacks were placed on our table. Small bite size snacks where one of them were to be eaten with tweezers. At this point I thought to myself “they think of the little things at IK” and my expectations for the evening increased.

The story of Restaurant IK is one of drama and tragedy. Just weeks before it officially opened the owner and chef Ivan Kisic died in a tragic accident and his twin brother Franco dropped his life working with Albert Adrian in Spain and moved back home to Peru to run the restaurant.

The restaurant is a modern gourmet restaurant in the heart of Miraflores in Lima. They offer a series of a la carte dishes but the way to go is one of their tasting menus. I of course chose the 12 course tasting menu. 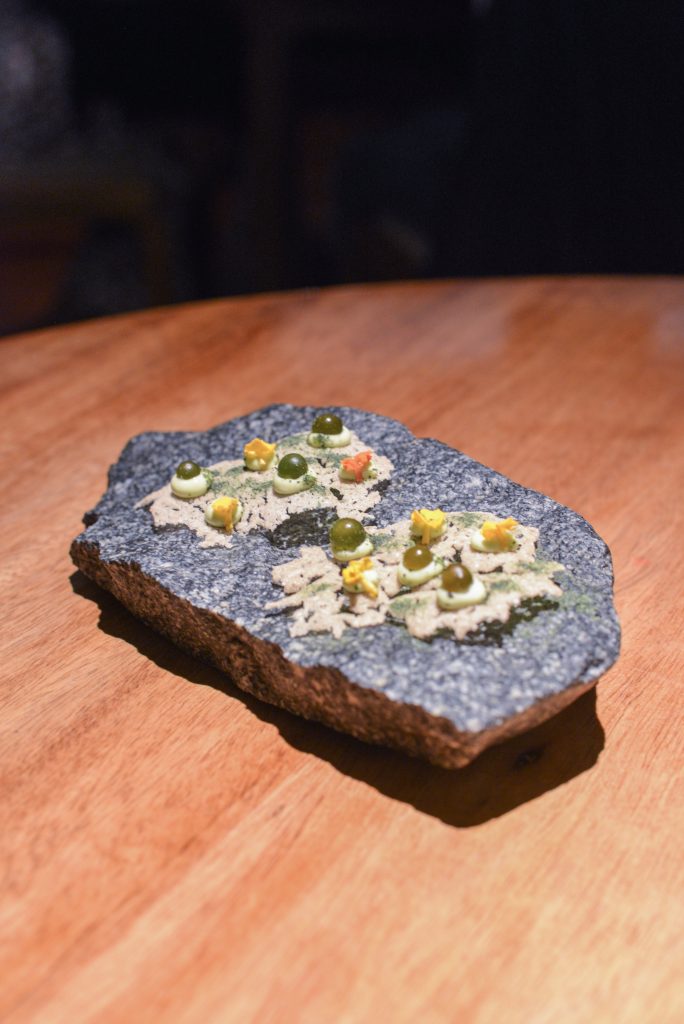 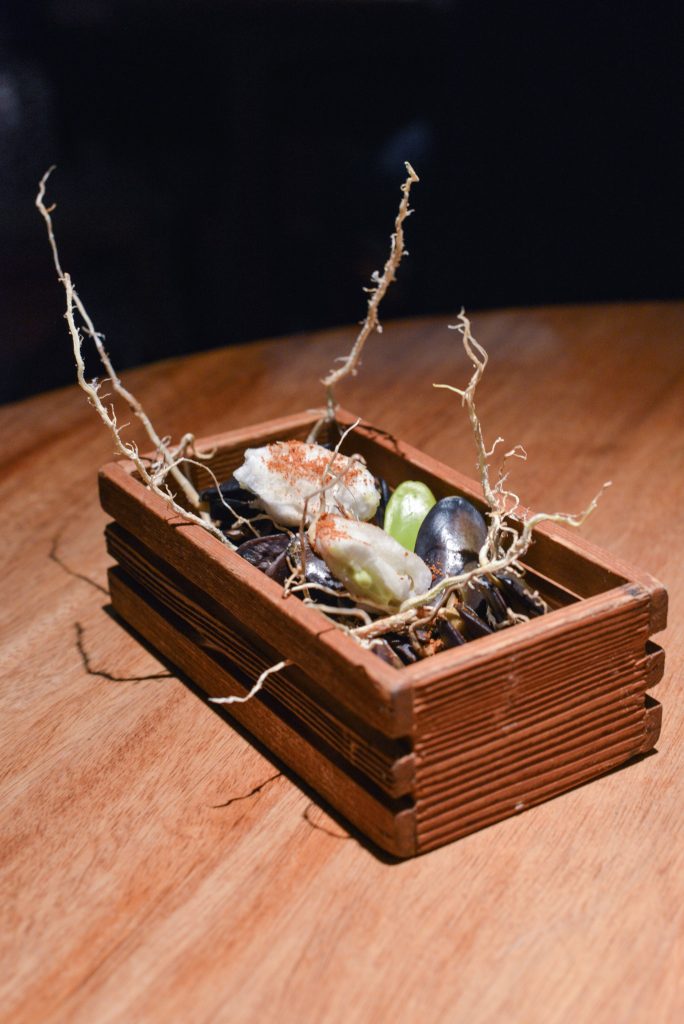 Of the first two snacks, the second snack made from a pacay which is a sweet Peruvian fruit here served with a bit of chili and guacamole was defninently my favorite as it had a nice balance between sweetness and heat. The first snack with the Peruvian agleam tarragon was beautiful but not it didn’t blow me away. 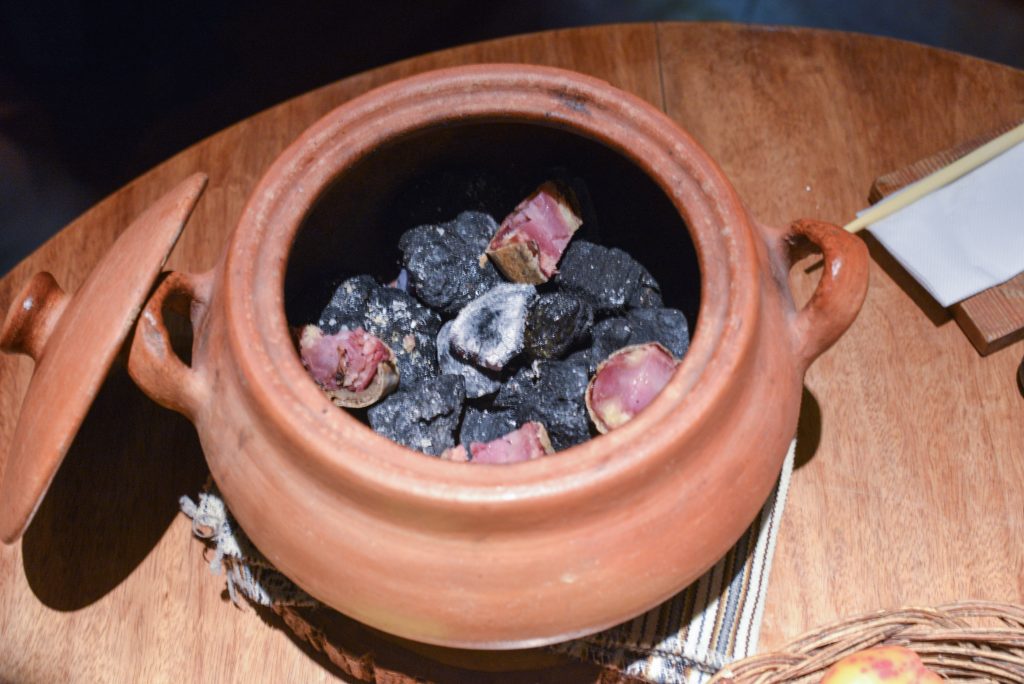 Following this a “baked potato” was served in an artisanal pot with a few hot coals. The dish tries to replicate the effect of preparing a potato in a huatica which is a “clay oven” used in the Andean mountains. Here it was served with a mild yellow chili salsa. Simple and delicious. At the same time an orca with goat cheese was served. The sweetness from the cheese was a nice pairing to the oca. 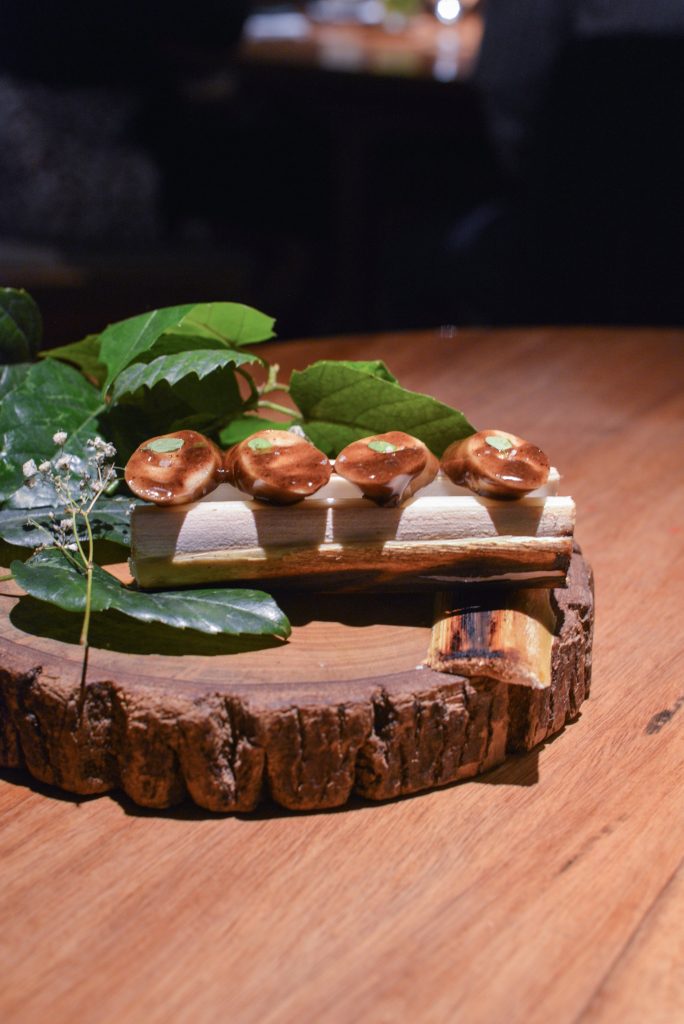 I didn’t care much for the next dish. Heart of palm was prepared sous vide, then grilled and served with a marinade of black garlic. Usually I am a big fan of both heart of palm and black garlic but for me the dish just didn’t work. 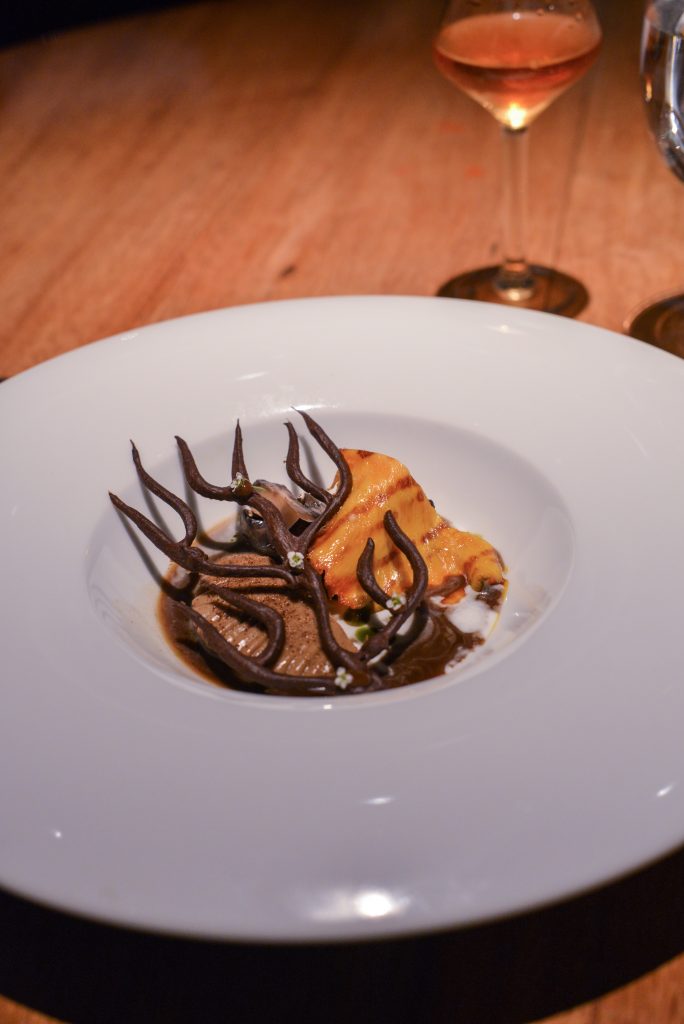 The owner of IK also owns a mushroom farm in Sacred Valley and the next dish was an homage to their mushrooms. Mushroom and dark beer “cracker”, a mushroom broth, grilled mushrooms and a mushroom “mouse”. It was a beautiful dish and I like the concept, but the overall expression was that it was a bit too sweet. I needed some contrast which should be possible to do to make a great dish. 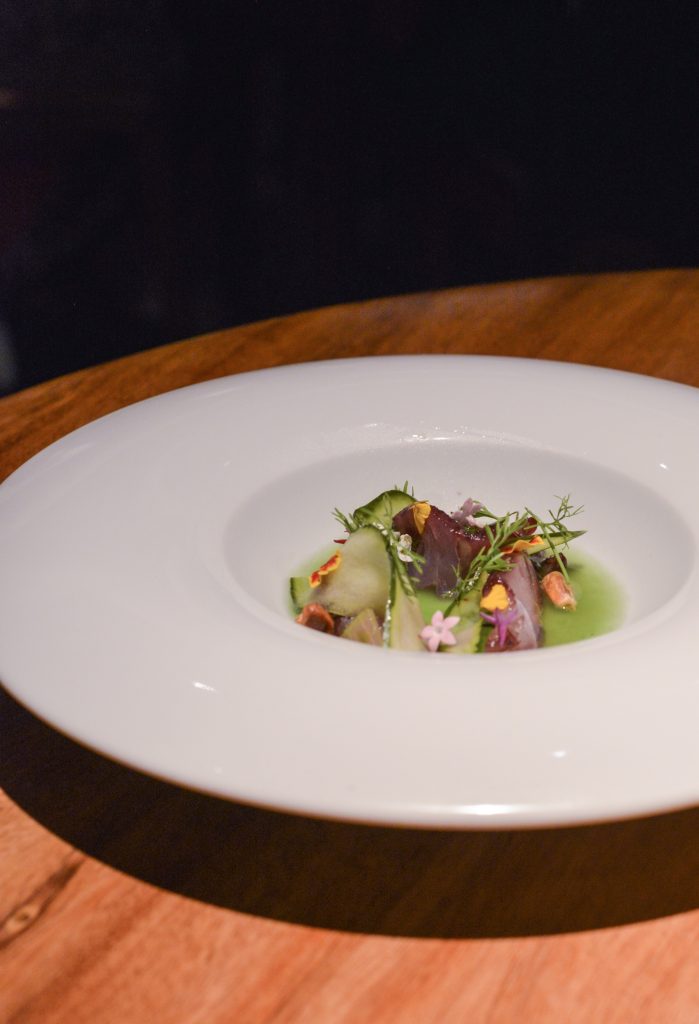 Following this was a corvina (a fresh water fish) which had been wrapped in dust from purple corn leaves for color was served with cucumber juice, raw and pickled onions as well as a few concha’s. It was the first time I ever tried corvina and it was very delicious. It was a very refreshing dish. I thought of a ceviche without its acidity, but on the other hand without the tigers milk it is not really a ceviche. Well, whatever it was it was delicious and beautiful. 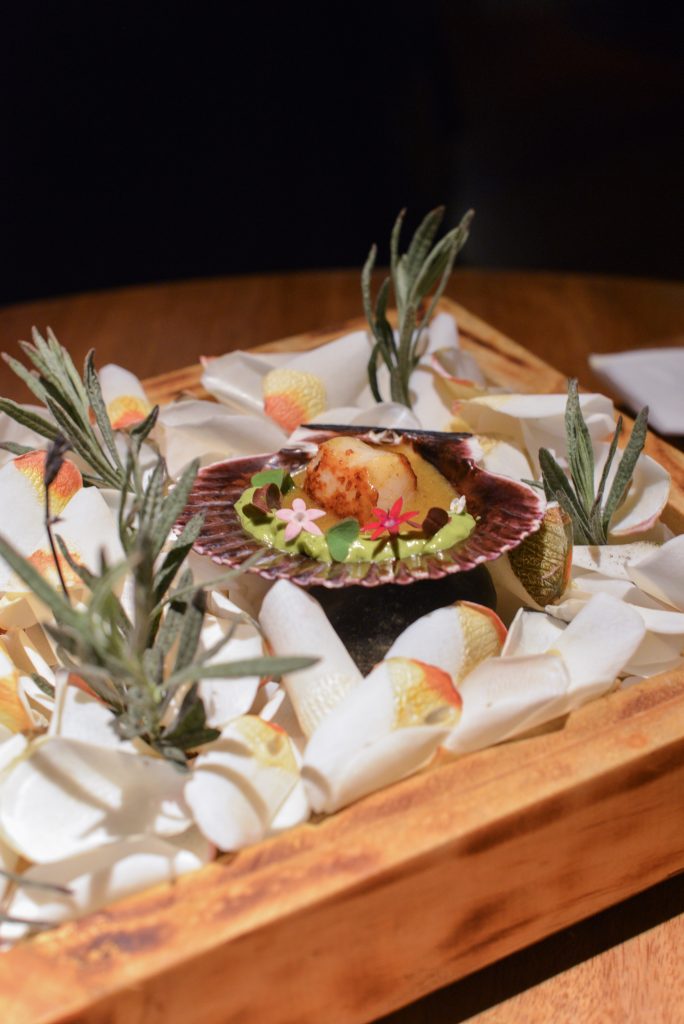 My personal favorite is seafood and shellfish and especially. It is therefore only natural that a scallop was to be the highlight of the evening. A scallop from Ica served with a refreshing and acidic “guacamole”. The texture of the scallop was firm and amazing and the dish simple as it was, was just delicious. 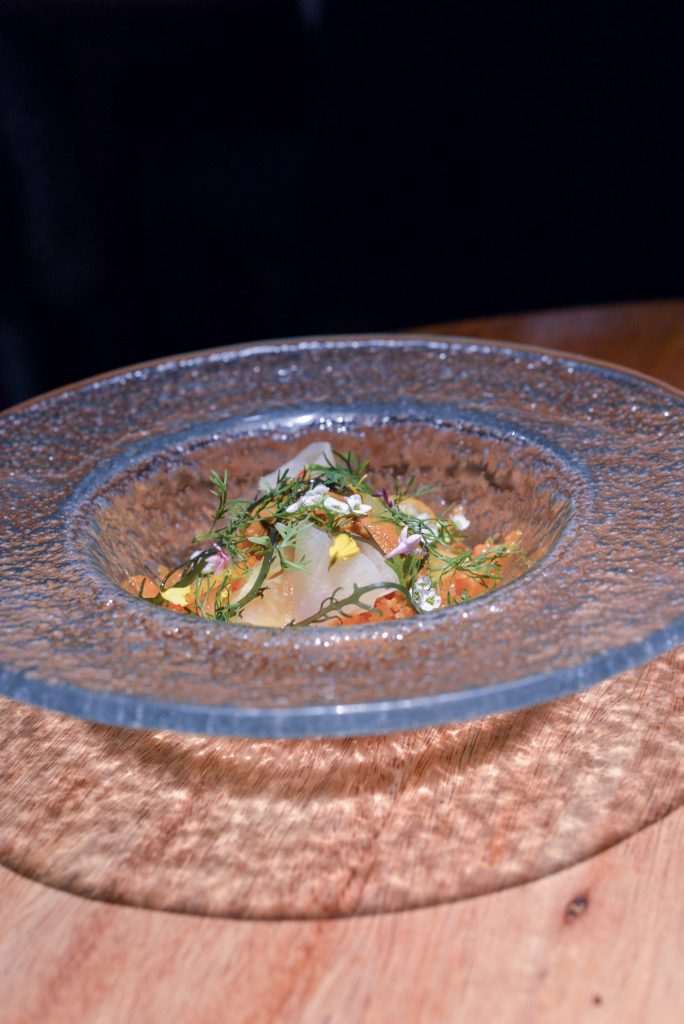 A cold ceviche is always interesting as was this version. A granite made with rocoto (a Peruvian chili) served with uni and different seaweed. Serving it cold reduces the heat from the chili and hereby creating a nice balance with the uni. Unfortunately for me it was too cold as the flavor of the uni also disappeared. 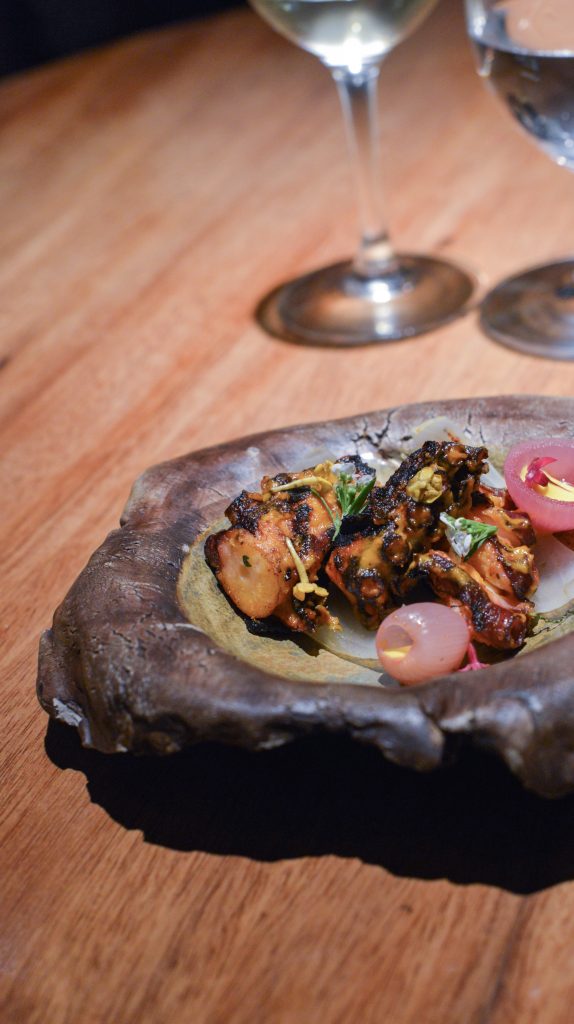 Octopus has for a while been one of my favorite ingredients. The dish at IK Restaurant was no exception. It was the nights first spicy dish which suited the octopus brilliantly. 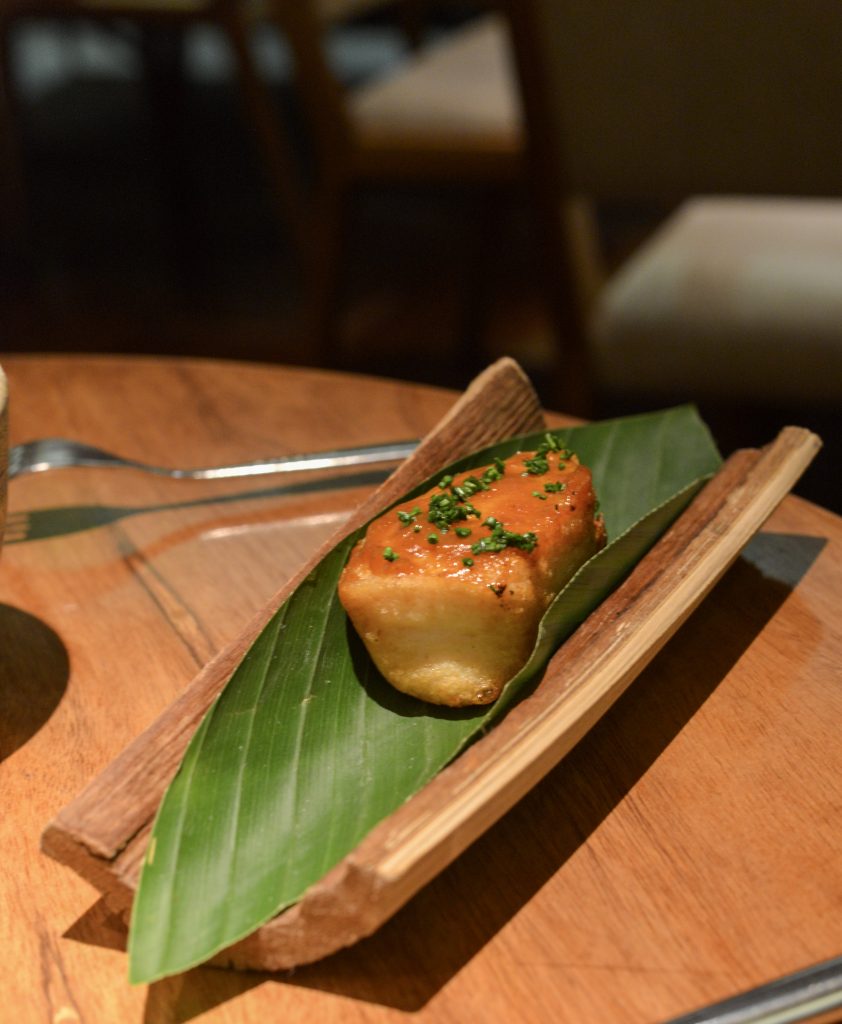 In the Amazonas it is possible to catch fish up to two meters long. The paiche is such a fish and its meat is unlike any I have ever had. Its flavor is a bit like pork but still not at all. Let’s just say that it is delicious. Here served with some cabbage and a split yogurt sauce. The two were a great combination. This dish just shows how much you can do when you have great and especially unique ingredients. 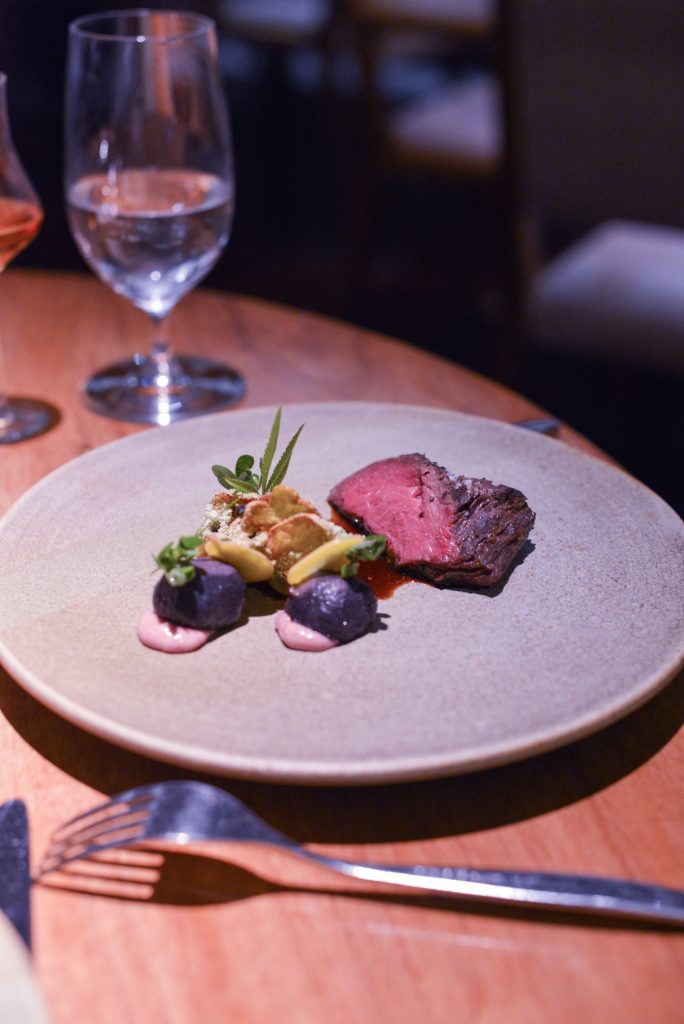 The last main was more classic. A piece of beef cooked sous vide and then finished off on the pan. It was served with various tubers, but deep-fried and as mousse. A nice dish, but it didn’t blow me away. Then again I seldom find beef dishes very interesting. 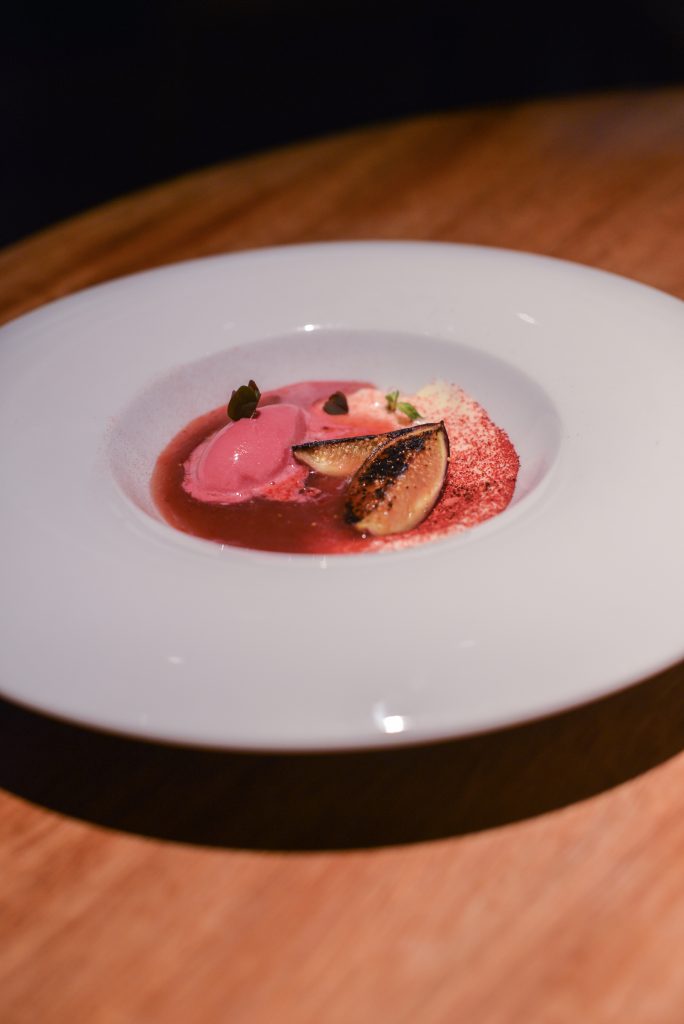 The first dessert was quite funky a beetroot sorbet with a rose sauce, sheep milks cheese and grilled figs. A nice combination of flavors which worked quite well together. 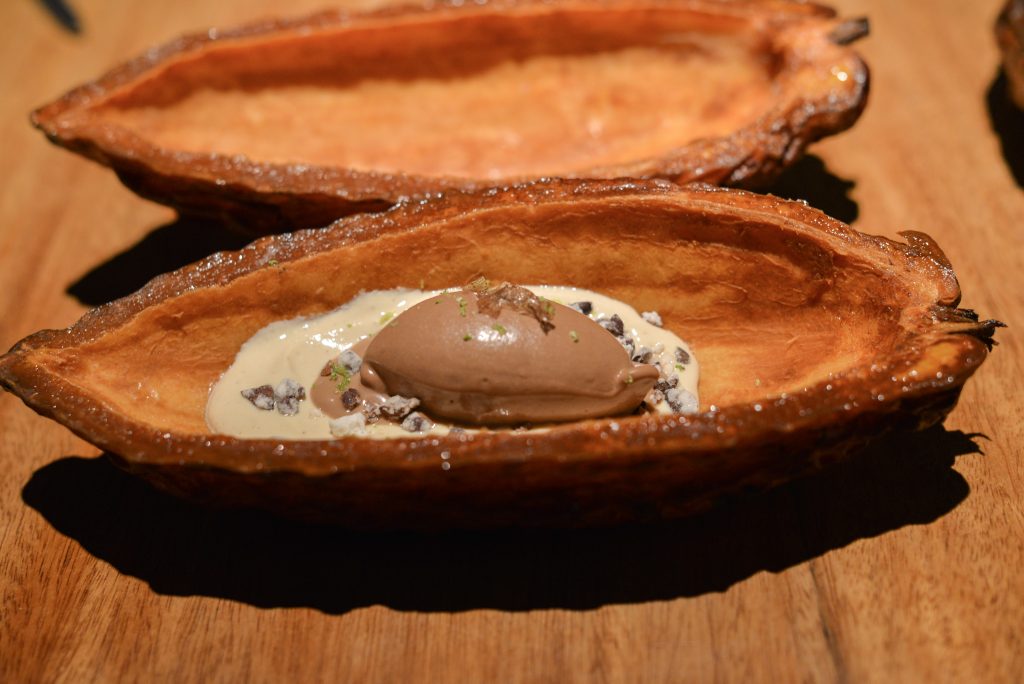 As we are in Peru of course there had to be a chocolate dessert and as there were. Here with chocolate ice cream, a white chocolate mouse and a bit of lemon. I liked the dessert but after 12 dishes it was hard to impress me. 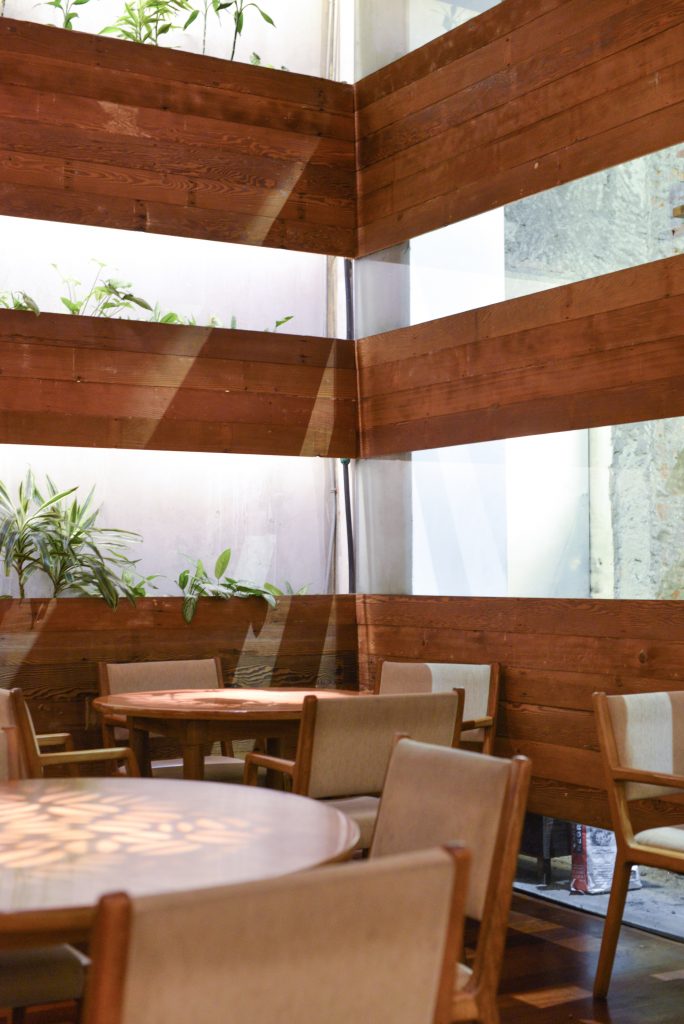 After 12 courses and almost 4 hours I had finished my first experience at IK Restaurant. As the opening showed  they have a great attention to detail and great considerations are taken on all topics. The dining room is both cozy and luxurious, the flavors of the food is good and they actually have a wine pairing which few restaurants in Lima have. The food shows nice innovation, the presentations are great and the produce is of great quality like the almost 2m long paiche that we had the pleasure of trying this night. The restaurant draws inspiration from the technical Spanish kitchen without being a pure molecular experience. Not all the dishes were amazing but that cannot be expected with 12 dishes and the ones that weren’t were innovative and beautiful.

I know it is a lot to ask, but as I am still learning Spanish it would have been nice if more of the waiters spoke English. If they want to attract more tourist which I assume they do at their price point this is an area they should improve.

For any restaurant it is hard to compete with the 3 restaurants in the “Worlds 50 Best”  in Lima and nor can IK Restaurant but they do represent a great alternative if you want a “classic fine dining experience” with modern Peruvian food, but also at a lower cost of course. 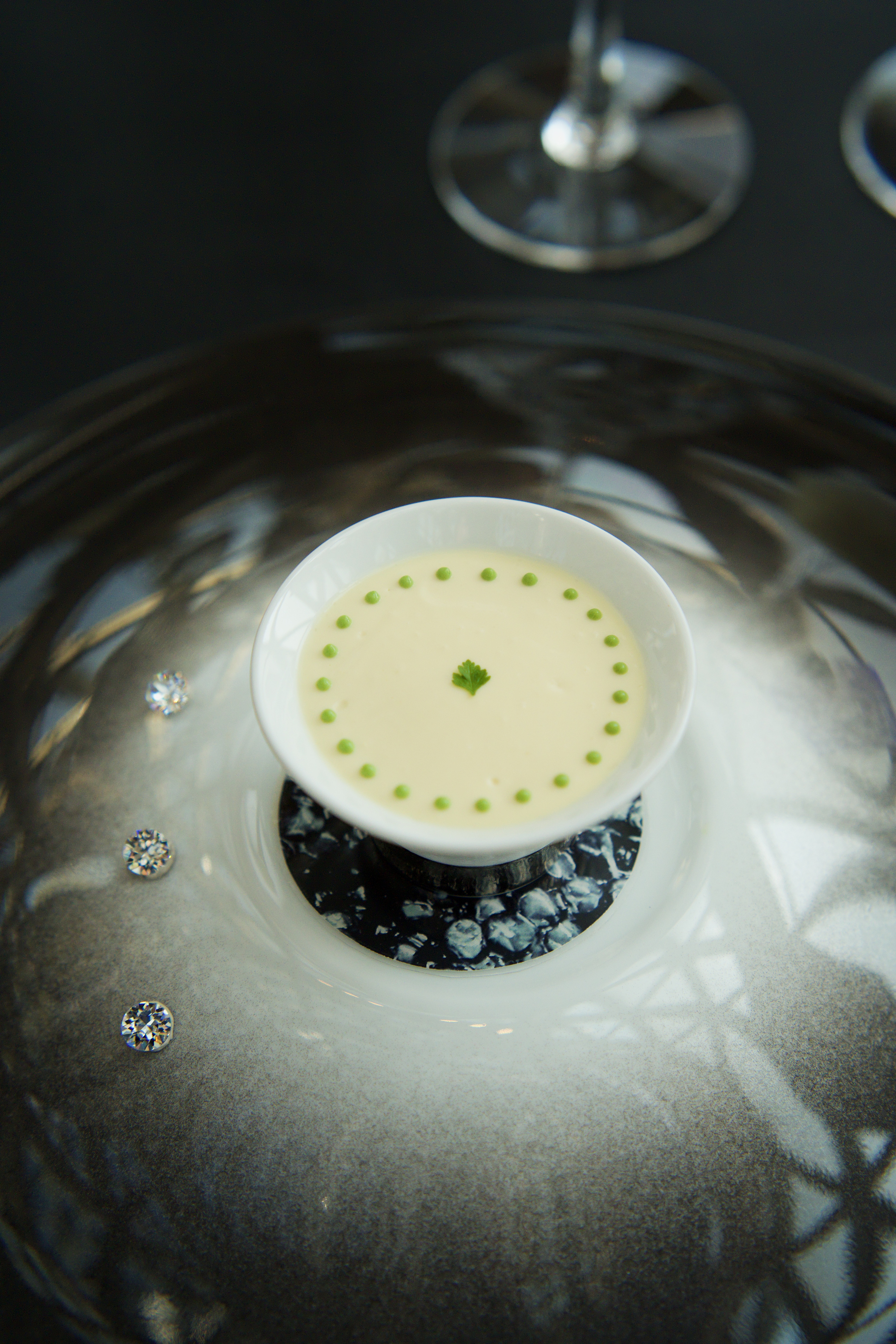 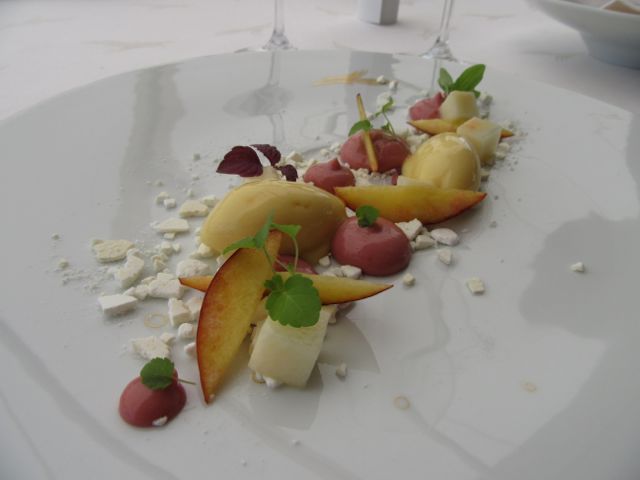 CopenhagenFoodie on tour: Luxury in Cannes 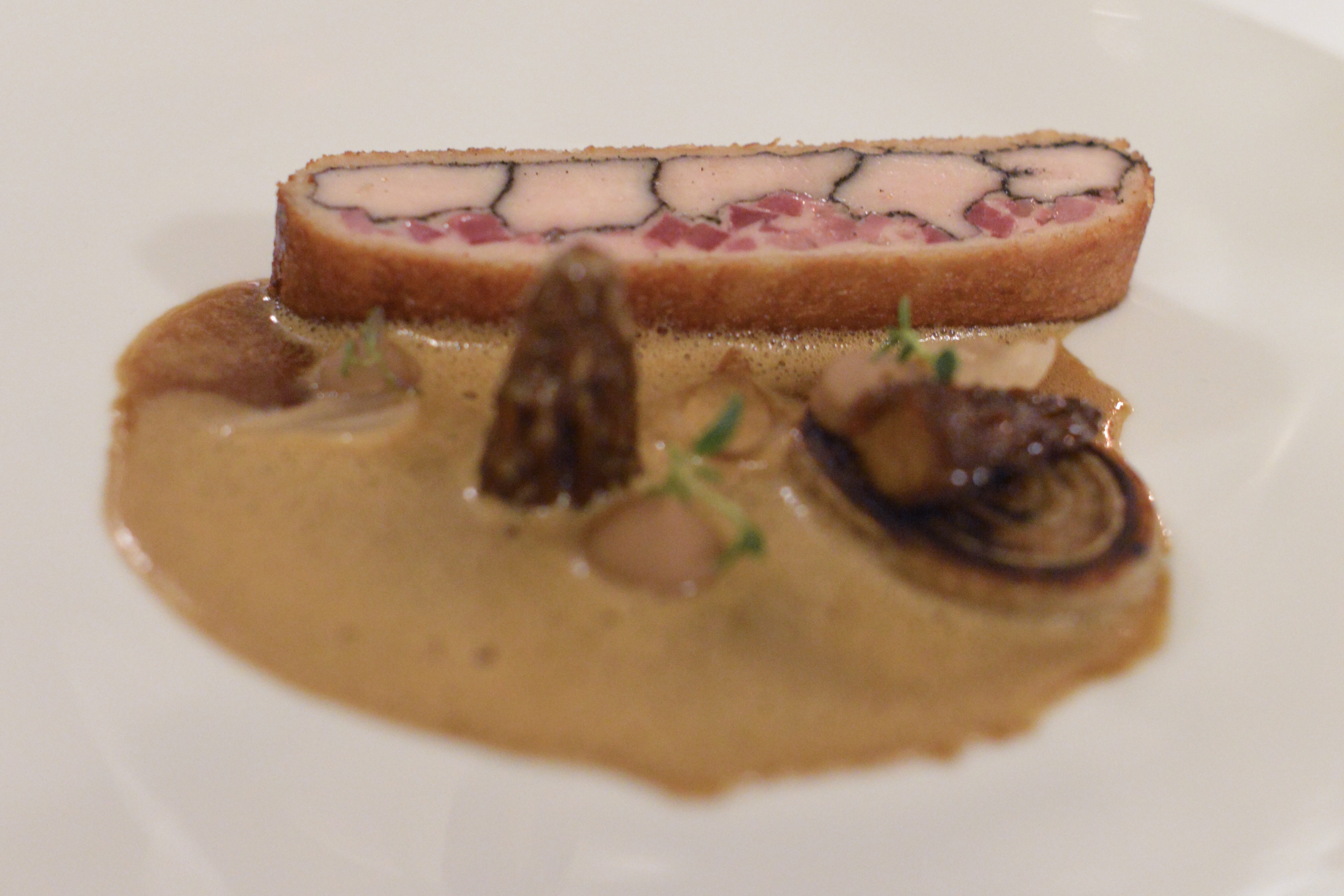 A restaurant with a greater purpose - The Mil experience